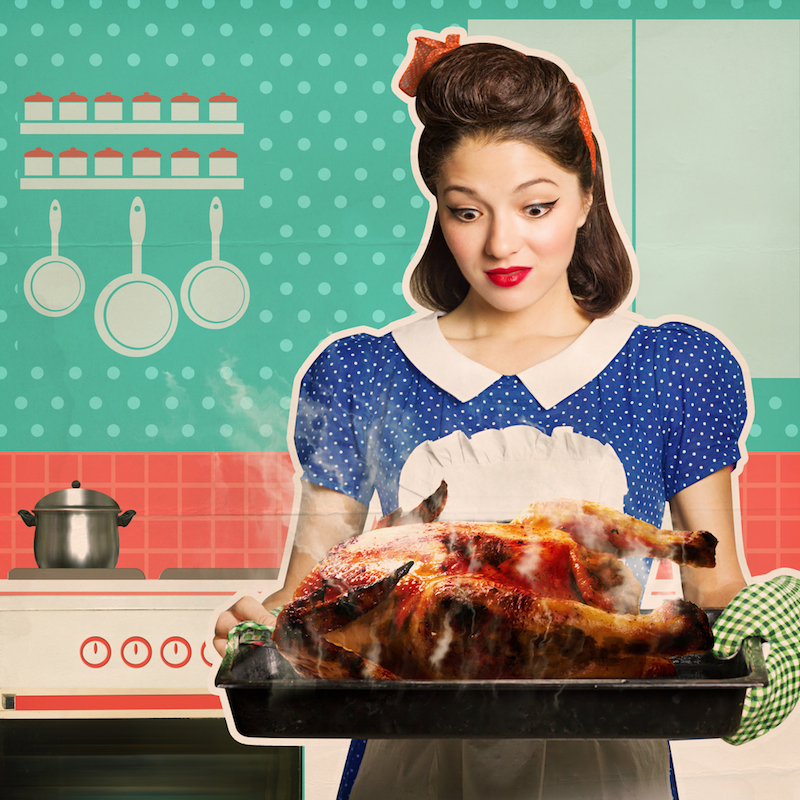 Disclaimer: According to health experts (not quite sure who these experts are) anyway they issued a statement saying not to wash poultry before cooking because the splashing water spreads the salmonella bacteria.

The first dish I ever prepared was a roast chicken.  Sounds innocuous enough, but let me give you some color on what was going on in my life.  I was newly married and domestic duties were definitely not my forte. In high school, I actually failed home economics ( a mandatory course for girls which included sewing, baking- incredibly sexist!)  Saying cooking was a stressful endeavor for me was an understatement.  What made roasting this bird even more nerve racking was that I was preparing it for my mother-in -law.   Let me set the scene: dinner time arrived and everyone is seated at the table.  I proudly brought out the cooked bird and began slicing it and then EWHHH!!!  Inside was a bag of nasty pieces of gizzards and liver. So embarrassing….  who knew?  Why don’t they put a warning label on it or something like what’s on the outside of a Crackerjack’s box saying ” surprise inside”!!!  Who’s idea was this?  I think its kind of butcher’s sick joke because now anytime you buy a chicken you need to stick your had inside -well you know….