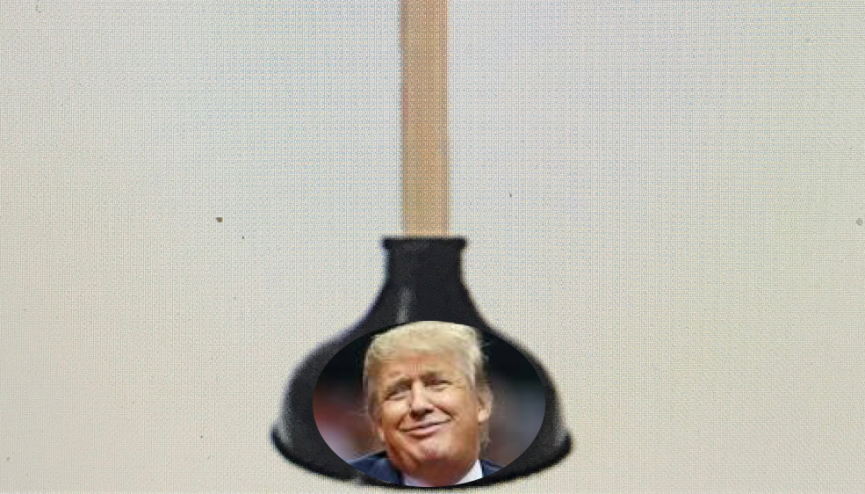 I usually shy away from talking politics, but with Trump now the American President (ugh – it feels uncomfortable writing Trump and President in the same sentence) I feel the need to just calm everyone down.  It is important to have a broader, longer term perspective of why Trump is where he is.  Think of it like this… for the last at least 16 years, the country has been paralyzed by partisan politics. Nothing was moving, things were impacted  – the country was totally constipated.  Under Trump things are moving….right now mainly in the wrong direction, but at least there is some movement. His reality show styled lack of acumen has ripped the restraints off the extreme political correctness that has dominated our culture and unleashed a toxic subculture of racism, sexism and stupidity that has been simmering below the surface.   But maybe try to think about this in a positive light: this toxic culture had to be released to be enlightened and Trump’s vitriol has created a huge reactionary groundswell of activism. It has empowered people of all ages, genders, religions and races to get involved in many movements to stop the insanity.  Usually complacent citizens have learned that their voices matter and they now have to  start using them or they may lose what they view as inalienable rights. So for now don’t get stressed about the day to day news…..just visualize Trumps face at the end of a  toilet plunger – excavating a bunch of partisan , racist, intolerant, sexist and a lot of other excrement that needed to be released. Yes, the Donald plunger may need to be tossed as soon as possible, but in the long run the country may be better for it… as long as we can stall and reverse the damage he may inflict.  The Donald Plunger is unblocking  years of political kaka  (a very technical term) and may be the destabilizing tool we needed  to wake everyone up  to remember that the rights we enjoy today were hard-earned by our ancestors. It is our duty to denounce racism, sexism, religious intolerance as effectively and persuasively as possible. So for now, we will have to deal with some of the shit he is unleashing, but think of this as a positive detox and cleansing we need to fight complacency and reignite the passions of all Americans to fight for our rights, environment and religious freedom and to allow our democracy to flow freely once more.